Picking up and moving to a new country for work is a huge change that executives should not take lightly. The expatriation process requires a lot of planning. Not only does an executive have to coordinate travel and living arrangements but must also be sure they understand the current global climate, the differences in culture, and how to succeed in the new role so they can return home successful. Many executives turn to expat coaching

Perhaps the biggest challenge executives face when taking on an international assignment is the transition from their current role to the new one. Much careful research and planning is required to begin the new role, and this can be overwhelming to many expats. Executives must be well-versed in the current global climate and knowledge about the country they are transitioning to in order to be successful. Bruce Dorey’s knowledge and expertise of global matters extends to a wide variety of cultures and countries, making him more than prepared to ease executives’ transitions overseas.

Once an executive has performed his or her duties in the international role, it is then time to return to their home country. Just as moving to a new country can be difficult, returning home after spending so much time away can be a stressful challenge as well. Many executives might have a hard time readjusting to their former culture. Bruce Dorey understands the stress of moving back home and is well-versed in the reintegration process and can provide counseling to help executives make the transition back home as seamless as possible.

Making the transition to the international role is one matter, but succeeding at and being satisfied in that role is another challenge in and of itself. If an executive is having trouble adjusting to their new position and the foreign nation’s culture, this could compromise their happiness in their role and affect the success of the business. Bruce Dorey’s expat coaching services extend beyond simply transitioning an executive into and out of the international role. He provides his clients with close, expert counseling to guide executives in their new positions to bring them as much success as possible.

Why Bruce Dorey? Because Experience Matters.

Bruce Robert Dorey has over thirty years of experience, much of which he spent in the Middle East and Europe. During his time overseas, he has developed a comprehensive knowledge of common issues of cross-cultural and intergenerational communication. He uses this vast experience to provide expert international and domestic business coaching services to executives all over the world. He has a love for helping others succeed, and works closely with each individual client to ensure their satisfaction.

Whether you’re a U.S.-based executive beginning a new role in a foreign nation like the Middle East, India, or Europe, or you are an executive transitioning to the U.S. from another country, contact Bruce R. Dorey Consulting today at (434) 529-8891 to prepare for your new role overseas! 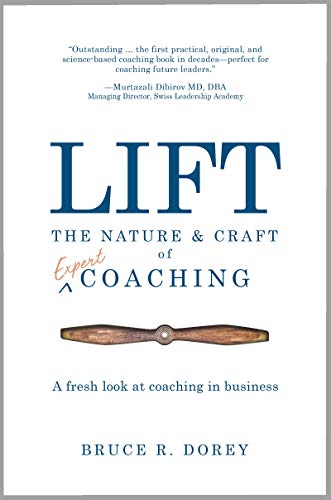 Published in September 2018
Available in Print and eBook